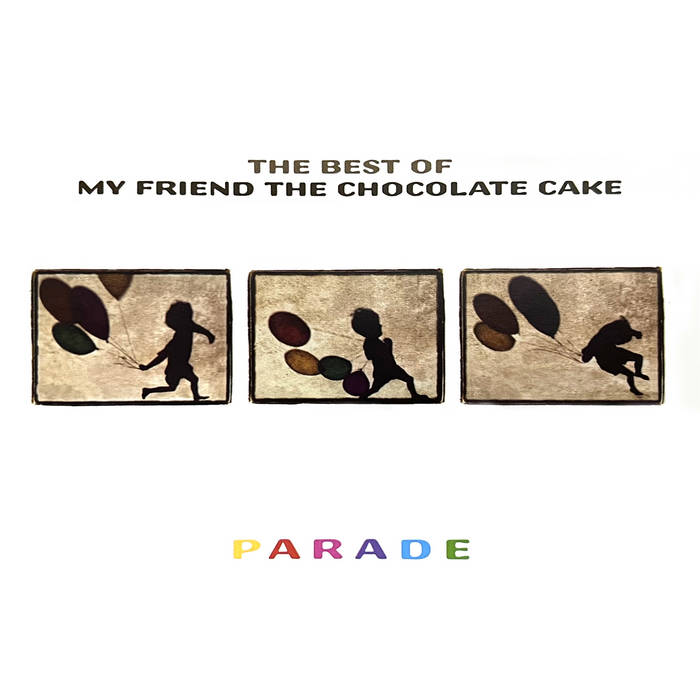 Released in 2004, My Friend The Chocolate Cake's first 'Best Of' collection, Parade, features songs from the band's pre-2004 catalog, and includes three new songs recorded for this collection - Let’s Go Walk This Town, Television Theme #47, and The Black Dog Follows.

Thanks to: Michael, Jackson, Alice, Lynne, Winnie, Stella, Anne, Emily, Phoebe, Caroline, Kaz, Leroy, Jo, Darren, Roxie, Sheena Easton... and all our friends and loyal cake fans... you know who you are.
All our sound people especially Stu. Thanks also to Bernard, Chris and Becki at Mayday (what a grand day)